A BMX prodigy, Nicholi started riding BMX bikes at the age of 5. Name a box jump trick, flip or tailwhip variation, and it’s safe to assume that Nicholi has already pulled it.

After switching from BMX to MTB in 2013, the sky’s the limit for Nicholi. Relentlessly working on expanding his big bag of Xceptional skills, moves and tricks – one of which, pulling the World’s First Cashroll on a Downhill bike.

With an ever-growing list of 1st place & podium finishes on the Freestyle Mountain Bike world tour over the years, lets see what the future brings! 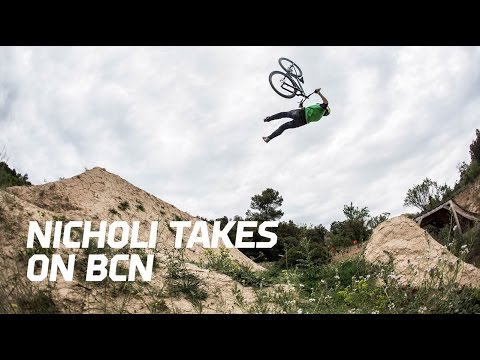 XDubai followed mountain biker Nicholi Rogatkin to some of Europe's most iconic trails in and around Barcelona. Check out the video and see him land some world first tricks and truly defy his limits!

Your account has been created and you can login now.